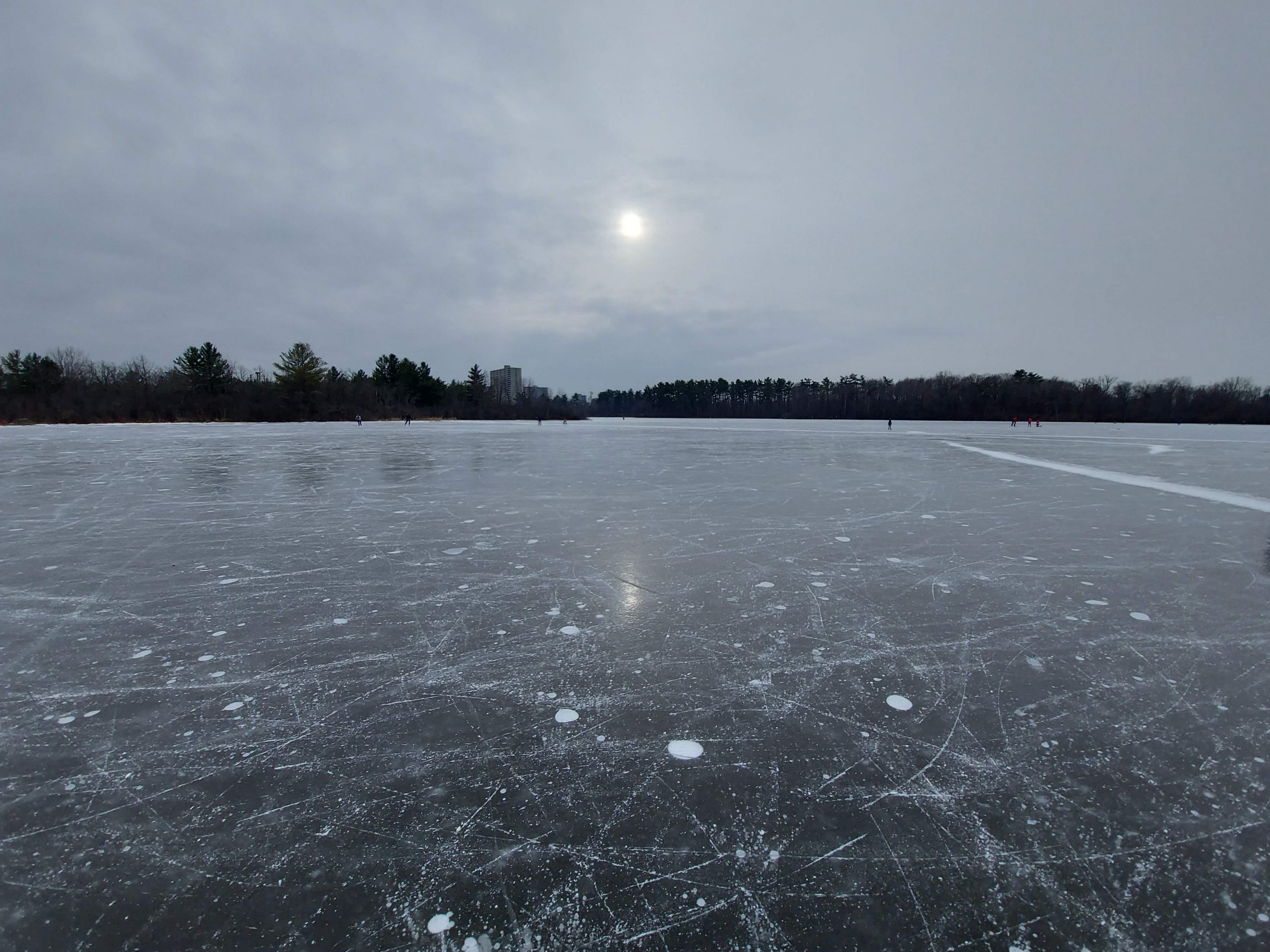 At the end of a year that everyone wanted to forget, but one that they will remember for the rest of their lives, Mother Nature offered up a treat that will also be hard to forget for those of us living in the nation’s capital. In a confluence of weather conditions that occurs infrequently, cold winter temperatures arrived ahead of any significant snowfall, creating pristine skating rinks on every pond and lake in the area. Skating conditions could not have been better had a fleet of Zambonis flooded these bodies of water.

After nearly a year of lockdowns, closures and restrictions on all manner of physical activity, people pulled their skates out of storage and headed to one of the biggest outdoor rinks in the city. We also proudly boast the longest skating rink in the world on the Rideau Canal, but that had not yet opened. We joined the crowds at Mud Lake, an ecologically important natural habitat in the urban part of the capital region. As part of a 60-hectare complex of wetlands along the Ottawa River, it is a habitat for a wide diversity of animal species. All of this in the middle of a city with a population of more than a million people! We are blessed to be living in a city of this size which offers access to nature out the back door.

We are grateful that we had the opportunity to capture this moment, along with many other Ottawans, on December 19, 2020. In a year of challenges and hardships, this is the moment that we will remember.

Marian, with her signature Canadian flag mittens, is ready to glide over the frozen waters of Mud Lake.

We pause during our skate along the shoreline forest at Mud Lake. An obliging fellow skater offered to capture this moment for us.

Mud Lake is home to a wide variety of wildlife, including the beaver spending the winter in this recently constructed hut.

The late afternoon sun reflects off the crystal-clear ice in the middle of a frozen Mud Lake.

The blades take a rest at the end of the first skate of the season.

Check out our other skating adventures on Meech Lake and in Oxford Mills.