The Blue Church – Thousand Islands, ON 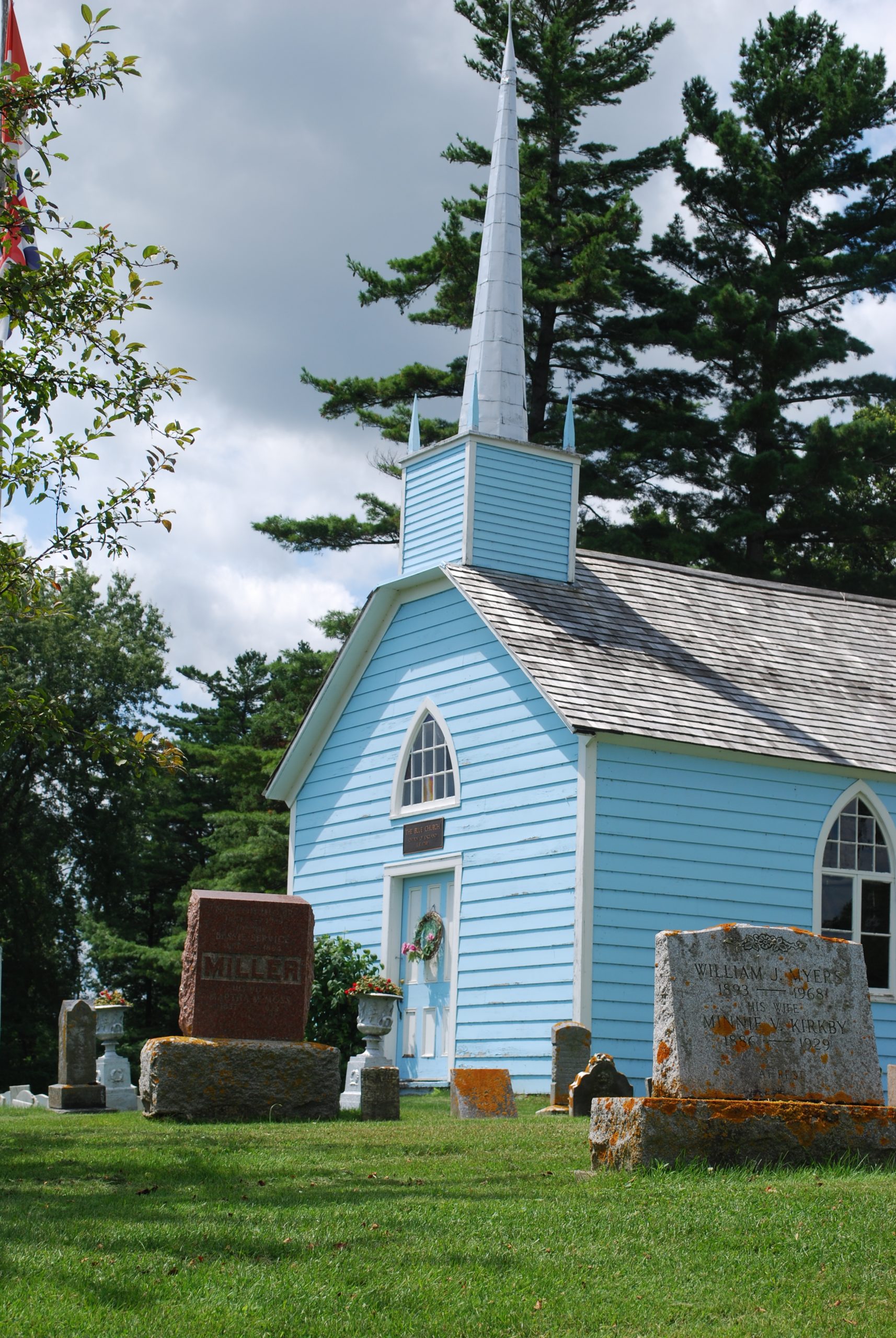 The Blue Church – Thousand Islands, ON

About halfway between Brockville and Prescott, Ontario on Highway 2 along the St. Lawrence River, sits a very old landmark known as the “Blue Church”.  According to the historical plaque on the grounds of the church, “In 1809 Anglicans of Augusta and Elizabethtown built a frame chapel, later called “Blue Church”, which served the parish until St. James, Maitland, was opened in 1826. The Blue Church was partially burned and taken down in 1840. The present small blue church was built in 1845.” 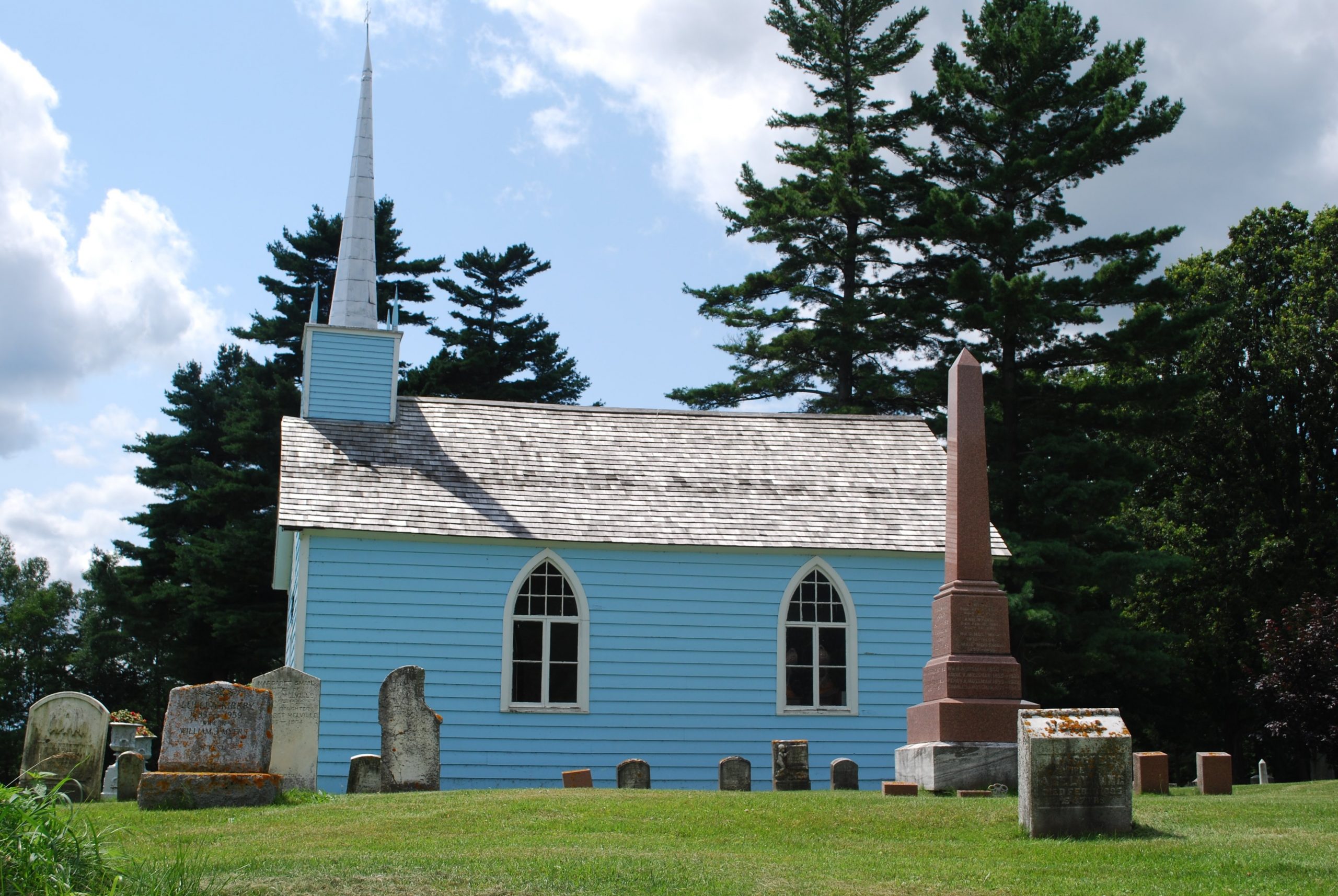 Barbara Heck, known as the Mother of the Methodist Church in Canada, is interred in the large cemetery which surrounds the church. The cemetery is full of ancient headstones. Today the church is used by Christians of all denominations for their celebration and is under the wing of St. John’s Anglican Church in Prescott.

On a recent visit to the Thousand Islands we stopped by the Blue Church on a sunny summer afternoon. We noticed two gentlemen near the edge of the cemetery engaged in an unusual looking activity. We approached them to learn more and discovered that they were practicing the ancient art of water dousing. Traditionally, this is done using a stick which branches into two at one end. The douser holds the two ends of the stick in front of his body, parallel to the ground and walks slowly. When he is above a source of groundwater, so it is said, the stick will be pulled strongly downward. Could this be true? We wanted to find out, and asked for a lesson, which they were more than willing to provide. 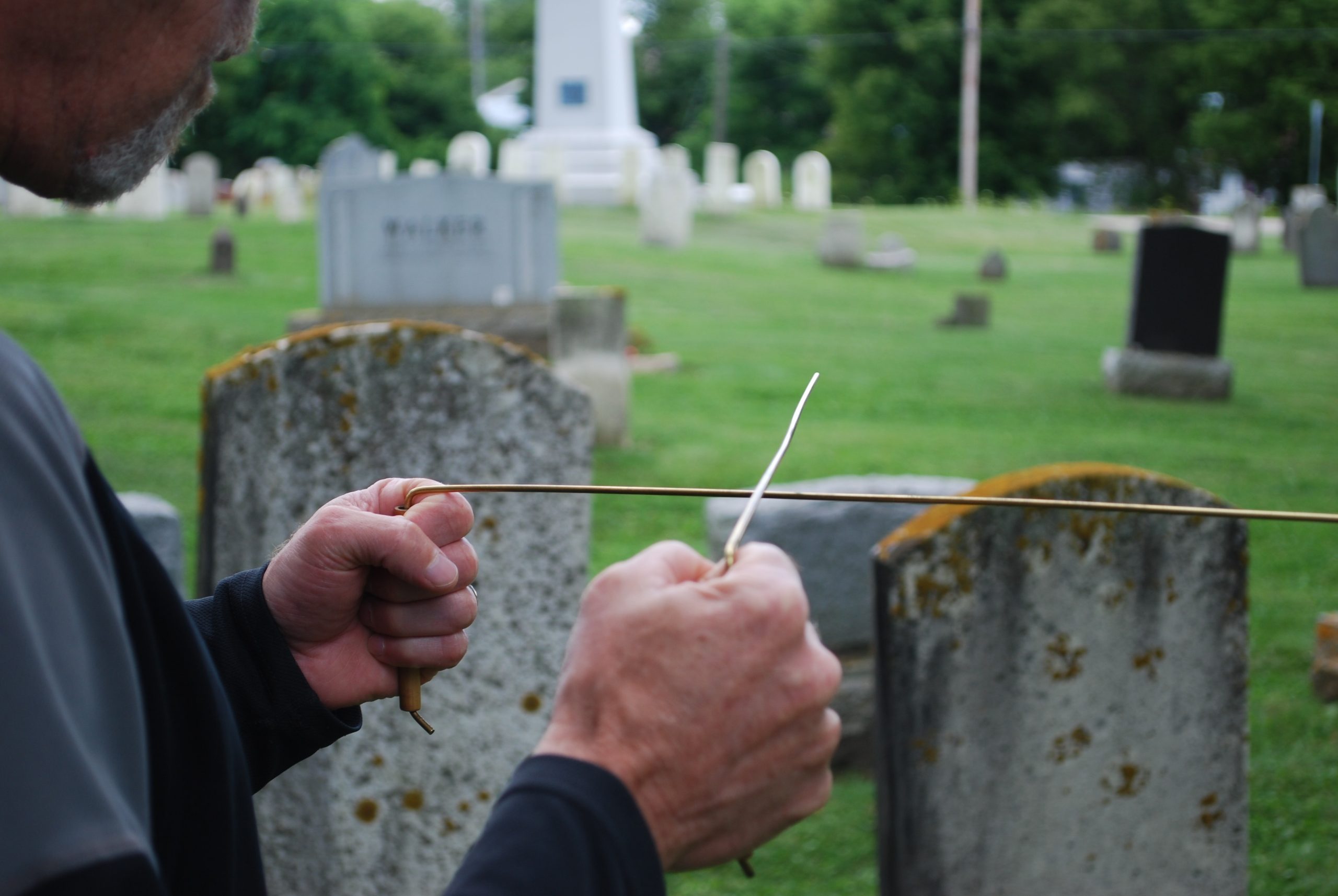 These modern “dousers” had wire rods rather than sticks, but the technique is the same. After getting an explanation of dousing and instructions on how to find water, we gave it a try. Surprisingly, and unexpectedly, it didn’t take long for the wire dousing rod to be pulled downward. Strongly. If this was some kind of trick, we still don’t know how they did it. If not, then it was an amazing demonstration of a traditional craft.

Our dousing lesson done, we headed back over to the church to take some photos of this picturesque and historic landmark. If you are ever in the area, it is worth stopping by for a look. The setting is tranquil and the scenery is what you would expect anywhere along this highway which runs through the Thousand Islands region.

Check out photo #MC-004 in our “Historic Gallery” to order a greeting card with the Blue Church photo.